Trauma is what happens when your body is overwhelmed by negative emotional or physical events and it continues to respond to them in the present moment, even though the threats are in the past. Trauma is not the event itself—the awful things that happened—but it’s when your body sounds its internal alarms and screams, You’re not safe! even though the injury or injustice is in the past.

Acclaimed trauma psychiatrist and author of The Body Keeps the Score, Bessel van der Kolk, MD, puts it this way: “Trauma is re-experienced in the present, not as a story, but as profoundly disturbing physical sensations and emotions that may not be consciously associated with memories of past trauma.”

The main thing to remember here is that trauma isn’t just what happened to you—even though that’s important. Trauma is when your body responds to past situations as though they're happening in the present. With me so far?

Now, the terrible, life-threatening or emotionally painful experience (the traumatic event or events) could’ve been two days ago or 50 years ago. But time often doesn’t matter. These memories are stored in your body—maybe even for a lifetime—as an attempt to keep you safe in the future. When something in your environment triggers the memory of the pain, your body will flood with stress chemicals and raise your heart rate, aka sound all its alarms.

For example, let’s say you experienced a bad fall from a tree as a kid. Your body may encode in itself a simple algorithm: heights equals falling which equals pain—so now, heights equal pain. That means your body has “learned” to be scared of heights.

Then later in life, when you’re close to an edge or even just watching others get close to one, your body remembers that handy algorithm. It sounds the alarms, and you literally feel the fear in your body. Your heart pounds and your palms sweat. Even though you’re safe in the present moment, your body is responding to your fall off that tree that happened years ago as though it is happening now. The ledge is telling your body that it’s in danger even though you’re not. That's what it means to be traumatized.

Trauma Is Different Than You Think

When we think of trauma, we often think of a single big event, like childhood abuse, a tragic car wreck, sudden violence, or finding out your spouse has been cheating on you after 25 years of marriage. But the reach of trauma can be so much more than a single devastating event.

Trauma is also not being seen, being told every day that you’re worthless, or experiencing neglect, racism or injustice. Trauma can be a single punch to the nose or a thousand flicks of the ear. Trauma is any experience or environmental factor  that triggers your body’s primitive danger response system. That means it can be big or small, and it can add up over time. In other words, trauma can be cumulative.

As van der Kolk, MD, goes on to say, “Trauma is much more than a story about the past that explains why people are frightened, angry or out of control. Trauma is re-experienced in the present, not as a story, but as . . . bodily reactions, like a pounding heart, nausea, gut-wrenching sensations and . . . body movements that signify collapse, rigidity or rage.” 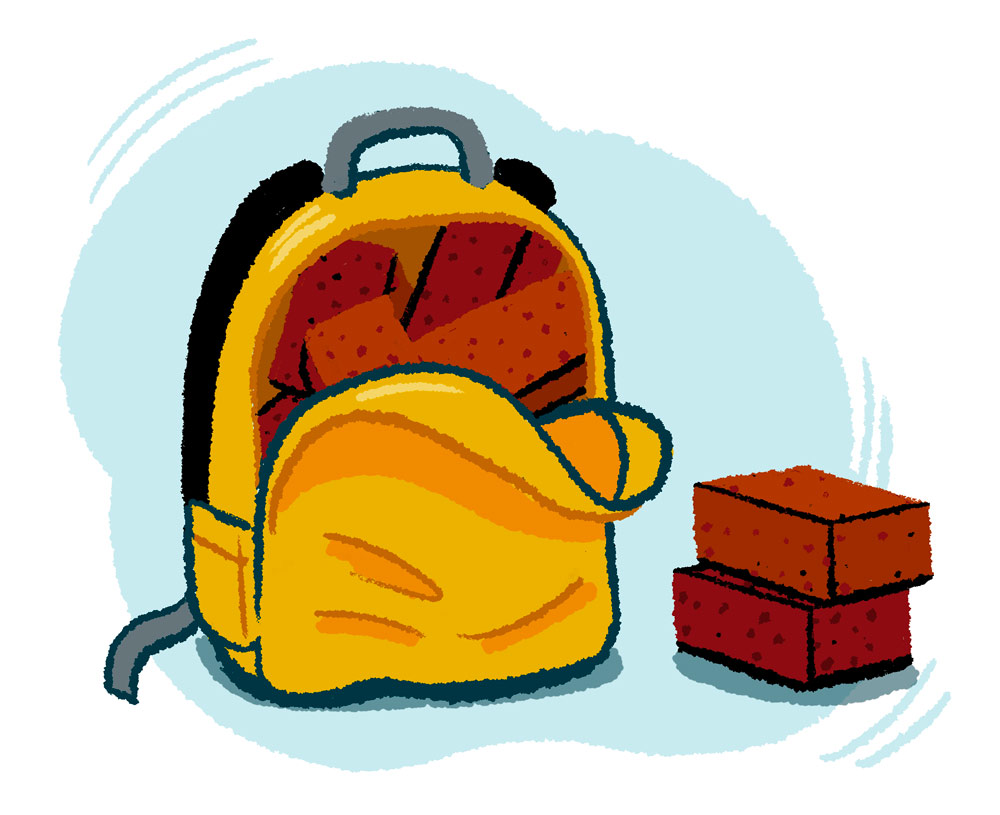 As I said above, trauma is carried in our bodies. Picture a young child weighed down by a heavy school backpack. When we experience hurtful things or traumas, they become like bricks that we carry in our backpacks. Over time, those bricks add up and get heavy—really heavy.

Sometimes trauma is pebbles tossed in day after day for years. Other times, it might be a big cinder block that comes all at once. But whether it’s pebbles, bricks or cinder blocks, over time, the weight is the same. It all adds up.

Until we deal with these bricks and set them down, our bodies will respond again and again as though we are under attack in the present. But here’s the truth we’ll get to soon: You don’t have to carry all that weight around. You can be free.

Next, we’ll talk about the different types of trauma.