The American Dream Is Alive

America may be called the land of opportunity, but few Americans today really believe they have what it takes to become wealthy.1 They’ve fallen for the myth that in order to be a millionaire, they need a big income or a rich family.

But The National Study of Millionaires by Ramsey Solutions proves that these beliefs about how millionaires got their money are wrong. Flat wrong.

So, how did all of these people hit the million-dollar mark? Most of them did it through consistent investing, avoiding debt like the plague, and smart spending. No lottery tickets. No inheritances. No six-figure incomes. Really.

That’s great news for Americans who’ve lost hope that they can ever build real wealth in their lifetime.

How Millionaires Invest (and Spend)

According to the survey, 8 out of 10 millionaires invested in their company’s 401(k) plan, and that simple step was a key to their financial success. Not only that, but 3 out of 4 of those surveyed also invested outside of company plans. 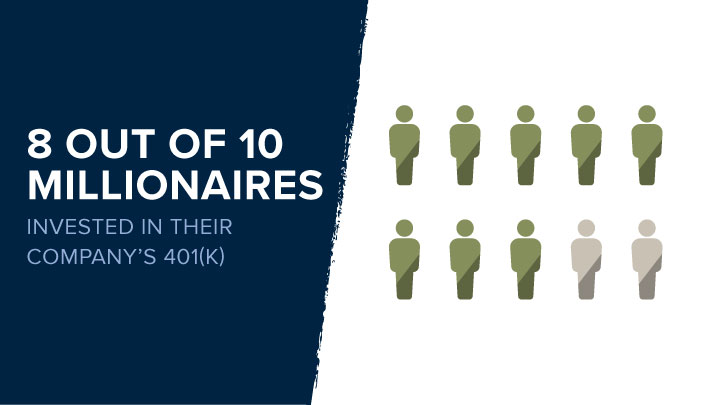 But they didn’t risk their money on single-stock investments or “an opportunity they couldn’t pass up.” In fact, no millionaire in the study said single-stock investing was a big factor in their financial success. Single stocks didn’t even make the top three list of factors for reaching their net worth.

Three out of four millionaires (75%) said that regular, consistent investing over a long period of time is the reason for their success. So, the story about the young computer genius who developed an app that earned millions overnight is the exception, not the rule. 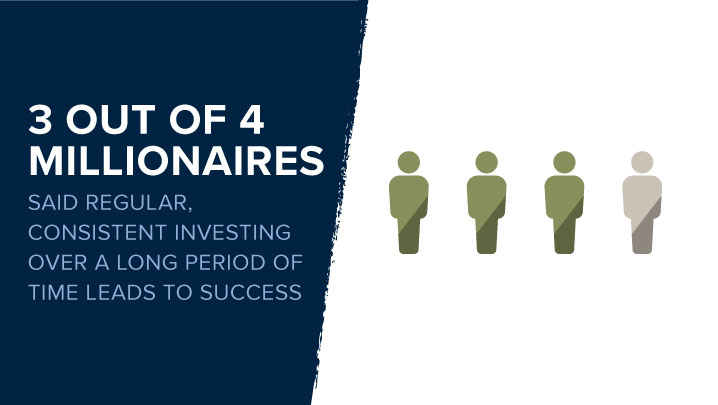 Even when millionaires don’t have to worry about money anymore, they’re still careful about their spending. Ninety-four percent of the people studied said they live on less than they make, and nearly three-quarters of the millionaires have never carried a credit card balance in their lives!

These milloinaires also said they spend $200 or less each month at restaurants. And 93% of millionaires use coupons all or some of the time when shopping. By staying out of debt and watching expenses, they’re able to build their bank accounts instead of trying to get out of a financial hole every month.

Millionaires Are Made, Not Born

Despite what society might believe, only a small number of wealthy people inherited their money.

The overwhelming majority (79%) of millionaires in the U.S. did not receive any inheritance at all from their parents or other family members. While 1 in 5 millionaires (21%) received some inheritance, only 3% received an inheritance of $1 million or more. 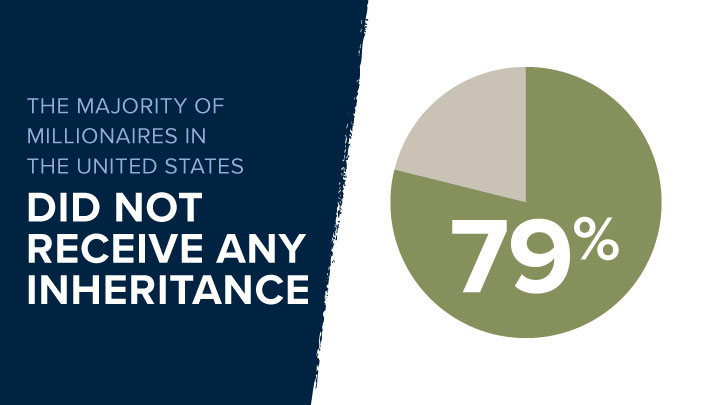 In fact, the majority of millionaires didn’t even grow up around a lot of money. According to the survey, 8 out of 10 millionaires come from families at or below middle-income level. Only 2% of millionaires surveyed said they came from an upper-income family.

The next logical question is: What kind of salaries do wealthy people make? Not as much as you might think. The majority of millionaires in this survey didn’t have high-level, high-salary jobs. 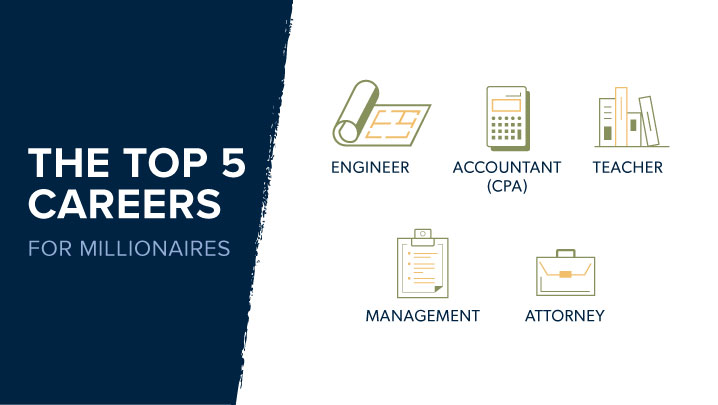 Millionaires Go to College, but Not to Elite Schools

The National Study of Millionaires showed that it’s the degree itself that matters, not where the degree comes from. Almost two-thirds of millionaires (62%) graduated from public state schools, while only 8% went to a prestigious private school. But the bulk of millionaires did get that piece of paper. 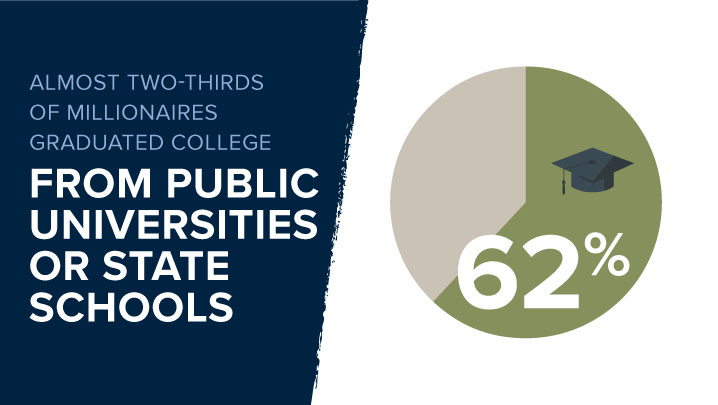 Overall, The National Study of Millionaires showed a dramatic difference between how Americans think wealthy people get their money and how they actually earn and spend their money.

The majority of the millionaires in the study said they earned their money through long-term investing. When it comes to spending, millionaires used a common tool for saving money: a shopping list. According to responses, 85% of participants in The National Study of Millionaires rely on a grocery list to some degree. The National Study of Millionaires is a research study conducted by Ramsey Solutions with over 10,000 U.S. millionaires to gain an understanding of personal finance behaviors and attitudes that factored into their financial success. The nationally representative sample was fielded November 17, 2017, to January 31, 2018, using a third-party research panel and our Ramsey Solutions research panel. It is the largest, most statistically significant research project of its kind ever conducted.