Alright, you guys—I’ve started to notice an alarming trend in millennials’ spending habits.

Some of my favorite fashion bloggers have been promoting products in conjunction with a service called Afterpay. I’ll be watching their InstaStories and see, “Swipe up to get this sweater for four interest-free installments of $17 using Afterpay!”

Forever 21, DSW, Free People, Anthropologie, Urban Outfitters and many more retailers have adopted Afterpay, listing the full price of their products followed by a four-payment option just below.

So in this article, let’s talk about:

Afterpay is a buy now, pay later instant lender that divides your total purchase amount into four biweekly payments. If a retailer uses Afterpay, you can leave the store with your item or order it online after putting down just 25%.

Start budgeting with a free trial of Ramsey+ today!

Afterpay first started in Australia in 2015 and came over to the U.S. in 2018. So it’s only been around for four years and it’s already valued at over $1.5 billion.1 Forbes says it’s made Afterpay’s co-founder and CEO, Nick Molnar, “stunningly wealthy, with a net worth of almost $200 million.”

Molnar calls Afterpay a “service for millennials that can help them spend responsibly and also help retailers sell more stuff.”2

But you guys, don’t be fooled. What it actually “helps” you do is go into debt for a lifestyle you can’t afford.

Why Afterpay Is a Terrible Idea

If millennials are going to learn responsibility with money, they need contentment, not a program that says, “I promise to pay you back sometime in the future.” How does that teach anyone how to be responsible with their income?

I think the second half of Molnar’s statement is the real reason for Afterpay’s success. Help retailers sell more stuff.

According to Molnar, retailers love Afterpay because their sales increase by 20–30%. What that means is you’re likely to spend 20–30% more than you would if you were using the money in your own bank account. And studies show that people spend 83% more when using credit versus cash.3

Afterpay works as a sneaky marketing tool because four payments of $17 feels like less money than $68.

And if you’re late with a payment, Afterpay charges an additional $8 on top of what you owe. One week later, that’s followed up with another $8 fee and continues every week until one of two things happens: either the balance is paid or the fees total 25% of the loan’s value.

You might think it’s easy enough to avoid the late fees. Just pay on time, right? The problem is a lot of people—hardworking, everyday people—don’t make their payments on time. Actually, one in three Americans are behind on bills.4 So even if you really think you’ll keep a level head about the amount of money you’re spending, there’s a decent chance the late fees will get you. Payments have a tendency to pile up, and they steal more than your paycheck. They steal your joy too.

Payment plans have been around for a while now, but for bigger ticket items, like furniture and cars. So why would anyone think to put clothing on a payment plan in the first place? It turns out that millennials think it’s better than swiping a credit card. 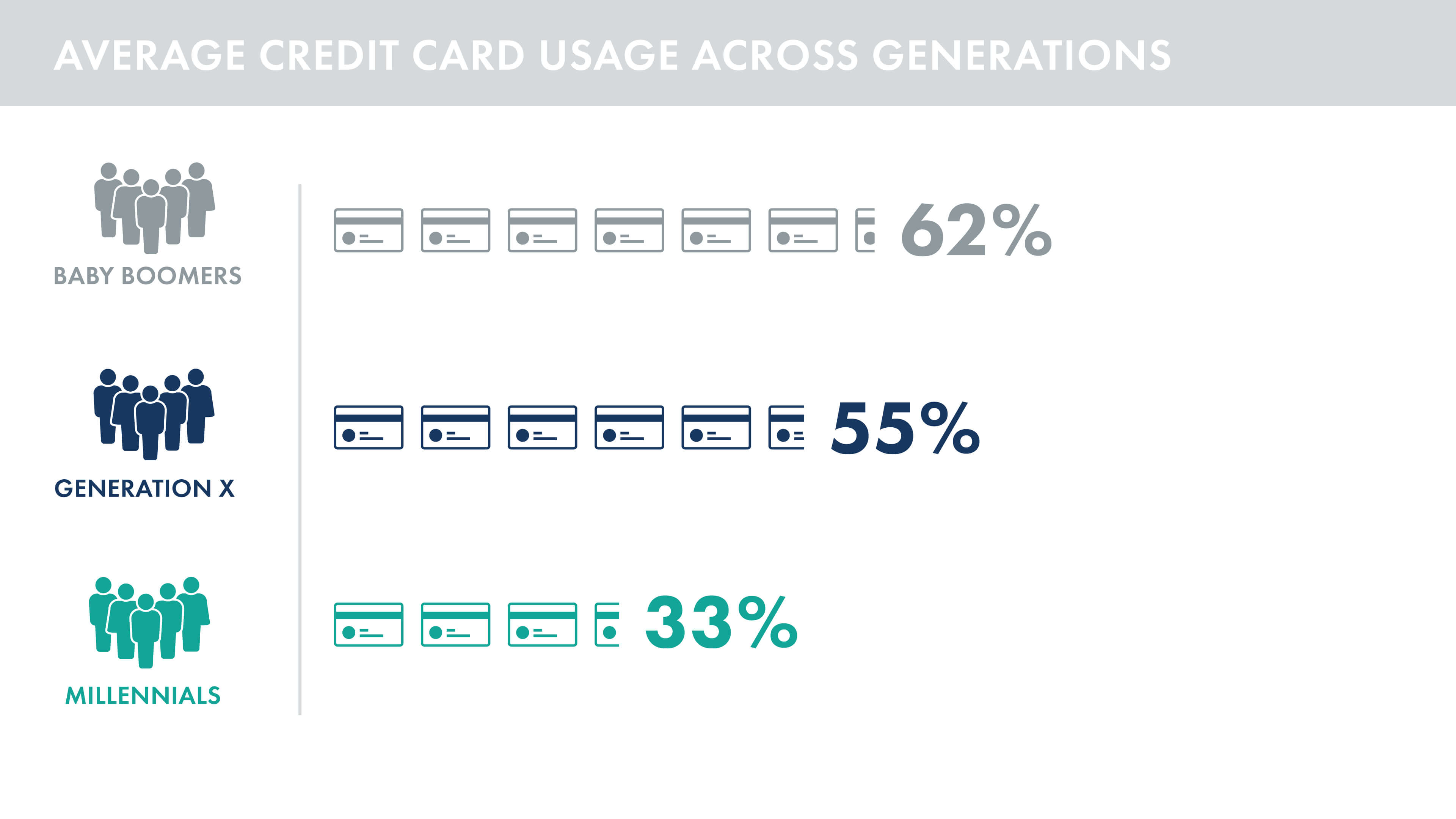 At first, things might look good in the department of millennials’ spending habits, because they’re the least likely group to use credit cards. A Bankrate study revealed that only one-third of people under 30 have a credit card, versus more than half of older generations.5 And since millennials have more student loan debt than any other generation, it makes sense that taking on even more debt stresses them out and turns them off.6

But it’s not enough that millennials have an aversion to credit card debt. It turns out they’re also more likely to have other types of debt, like car loans and personal loans.7

You guys, if you don’t have a credit card but you’re financing your car, you’re no better off. If you’ve said no to credit cards but yes to Afterpay, you’re still taking on debt. Anytime you owe money to anyone, for any reason, it’s debt.

Just because debt is so normal in our culture, doesn’t mean you have to buy into the burden. Watch the clip below, and I’ll tell you what society won’t tell you about debt.

Living with debt is like walking around with chains around your neck. Your choices are restricted. You lack freedom. When your next paycheck comes in, you’re paying a bill for something you’ve already done, instead of taking your paycheck and saying, “This is what I am going to do with my money.”Debt is living in the past instead of owning your future. And that’s just no way to live.

Friends don’t let friends sign up for Afterpay. But, I love shopping as much as anyone, so here’s what you can do instead . . .

The Best Way to Pay for Your Purchases

Real talk. I’m a spender. I love spending money. I can out-shop just about anyone. But I don’t need Afterpay to do it, and guess what—neither do you! You know that thing you want? You can still break its cost into four parts: It’s called saving up. It’s like Ariana Grande says, “I see it. I like it. I BUDGET for it. I got it.” (Okay, her version is slightly different.)

Make a plan for your money and use cash so you aren’t racking up payments every time you want to buy makeup or a new pair of shoes. Use common sense and don’t spend money you don’t have! People who stick to this philosophy win with money.

Afterpay is just another way to make retailers rich. I mean, their stores are a lot bigger and prettier than your house, right? There’s a reason for that. And you know who I bet isn’t using Afterpay? Nick Molnar. When you’ve got $200 million, you don’t need to go into debt for a sweater.

Don’t buy the sweater unless you can afford it then and there. Don’t Afterpay for it. Actually pay for it.

To find extra money in your bank account, take my free 14-Day MoneyFinder here! Then let me know about all the giving, saving and spending you do with that extra cash.