Choosing which college to attend is one of the biggest decisions of your life as a student. Whether you’re a current resident of Georgia or you’re considering a move to this Southern state, there are plenty of options for fantastic colleges and universities. If you’re a fan of peaches and bulldogs and interested in attending some of the oldest colleges in the country, Georgia may have exactly the kind of university experience you’re looking for. But where do you start when there are hundreds of schools to choose from? We’ve narrowed down the top 10 best colleges in Georgia for you to compare.

Keep in mind, your budget and what you’re looking for in a school—things like class sizes, locations and degree offerings—will determine the best fit for you. Our list of the best colleges in Georgia is based on a few things: overall quality of education, student-to-faculty ratio, and the cost of tuition (because we’re all about getting your degree debt-free). Ready to learn more?

You guys, I know saving for college can be tough, but student loans are a deal breaker. I’ll say it a different way: Don’t sign away your future financial security by using loans to pay for college! If you live in Georgia, or if you’re planning to move there for college, you could qualify for plenty of scholarships and financial aid. Scholarship awards in Georgia vary, but you can expect a range from $1,000 all the way up to $32,000 in some cases.1

Every savings goal starts with a budget. Create yours today with EveryDollar.

And don’t forget to check into some well-known state grants in Georgia, like the HOPE Grant and Zell Miller Grant. These grants are available to Georgia residents who have demonstrated academic achievement.2 And no matter what, fill out the FAFSA (this is the Federal Application for Student Aid) to see how much your college of choice will pitch in for your tuition costs. And here’s a bonus: Thanks to a change in tuition and fee rates, it’s now cheaper to attend 26 Georgia public colleges!3

If you’re looking for amazing liberal arts colleges, technical universities or schools that are just for men or just for women, you’ve come to the right place. Living in Georgia means you have access to a mix of private, public and co-ed schools with unique campuses. You’ll also see we’ve included the median starting average salary for alumni from the schools in this list. That will help you get an idea of how much you can expect to make after graduating from any of the 10 best colleges in Georgia. (Student population, student-faculty ratio, graduation rate and median starting salary of alumni statistics are from the 2020 U.S. News & World Report Best Colleges rankings.4)

We’re starting off strong with Georgia Institute of Technology—also known as Georgia Tech—which is a top 10 public research school. It’s one of the largest industrial and engineering research agencies in the Southern U.S., and it’s ranked #1 in career placement for graduates.5 Impressive, right? Consider going to Georgia Tech if you’re interested in the science, technology, engineering and math fields, and if you want to make a higher-than-average salary after school. 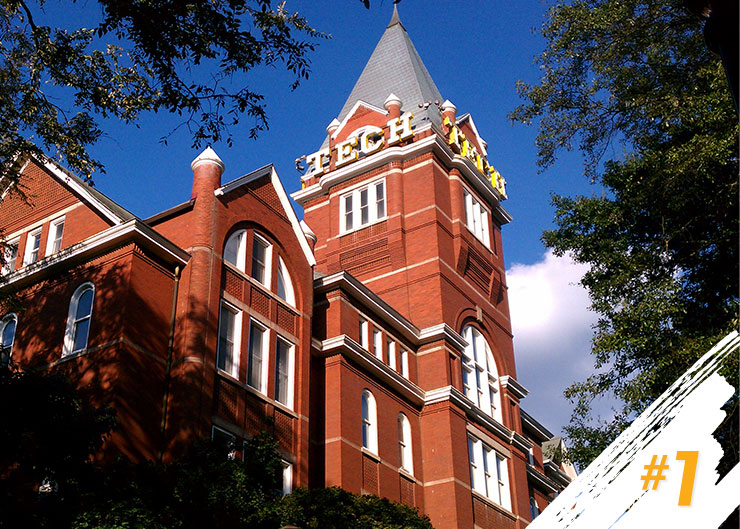 The University of Georgia is known as the birthplace of public higher education in America. It’s the oldest university in Georgia and offers a top-rated honor’s college, small class sizes and the famous bulldog mascot named Uga—known as The Greatest Mascot in College Football History.7 The University of Georgia is ranked #16 for Best Public Colleges by U.S. News, and in 2021, 92% of graduates were employed or in graduate school within six months.8 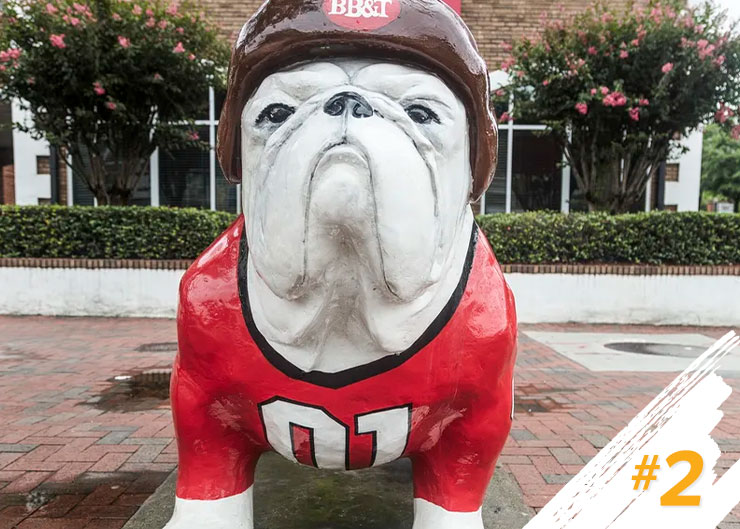 Founded in 1836, Emory University is recognized as a leading research university. Emory is known for its liberal arts colleges and graduate schools, as well as for having one of the world’s leading health care systems.9 Emory is one of the most funded research facilities, and it ranks #15 for great financial aid and #21 for best value schools.10 Emory is on the pricier side for tuition as a private college, but it offers some of the best education in health care if that’s your education and career focus. 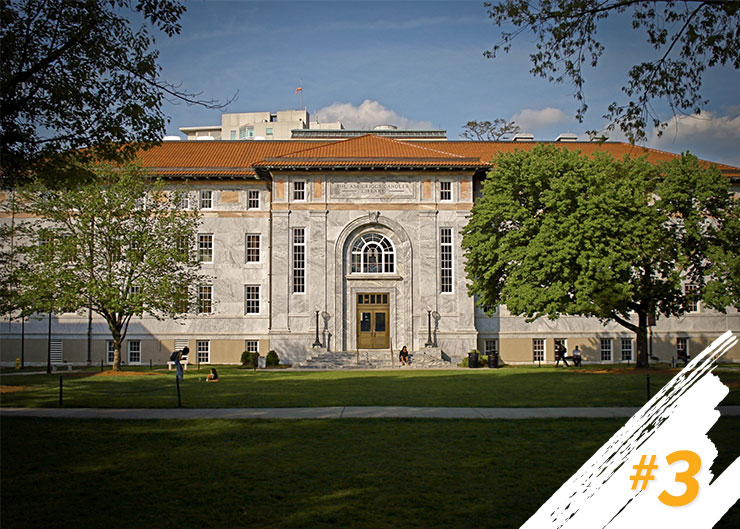 Georgia State University (GSU) is an urban public research institution in Atlanta. The university has six campus across Atlanta, making it a major cultural and economic influence of the south. It’s been ranked #2 on a list of the most innovative universities in the U.S., and it’s the #1 public university in the country for an “unusually strong commitment to undergraduate teaching.”12 If you’re looking for city vibes, Georgia State’s got you covered. The campus is in downtown Atlanta, so there’s no shortage of public transportation, parks and other attractions near campus. 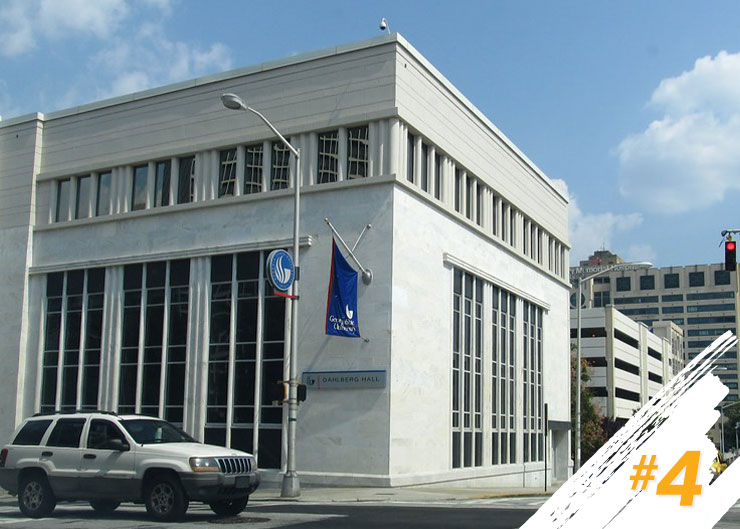 Coming in at the halfway point of the 10 best colleges in Georgia, Georgia College is the state’s designated public liberal arts university. It’s located about two hours outside of Atlanta in a pretty town called Milledgeville. Georgia College was founded in 1889 and started as a women’s college. With more than 150 student organizations, Georgia College strives to instill a “lifelong passion for learning” in its students.14 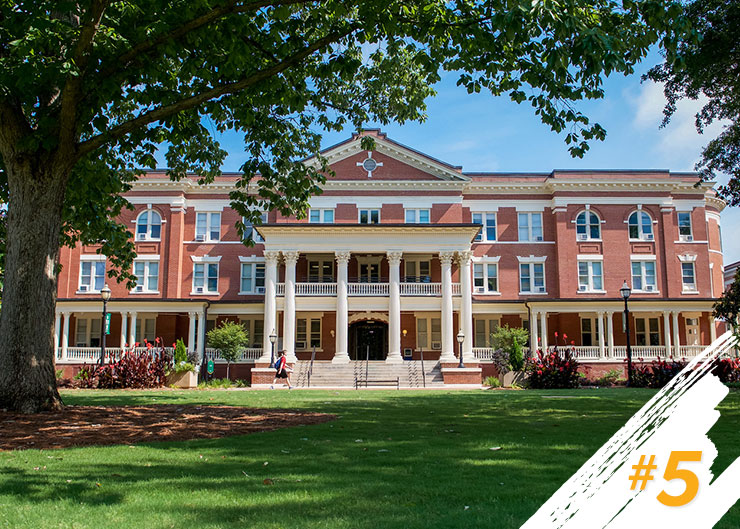 Here’s a fun fact about Wesleyan College: It was the first college in the world chartered to grant degrees to women. Yes, the first! It’s been ranked as the fourth most diverse college in Georgia, and its student base represents about 20 countries.16 With fewer than 1,000 students, this college is on the small side—but it’s not lacking in quality education. It’s a women’s college, so if you’re a young lady looking for a close community, this could be a great option for you.

Statesboro’s Georgia Southern University was founded in 1906. With 141 degree programs offered, Georgia Southern is Georgia’s largest higher education center south of I-20. It has three campuses in total and features more than 300 student organizations.18 And the campus is beautiful with sprawling lawns, old moss-covered trees and historic brick buildings—perfect for that classic Southern feel. 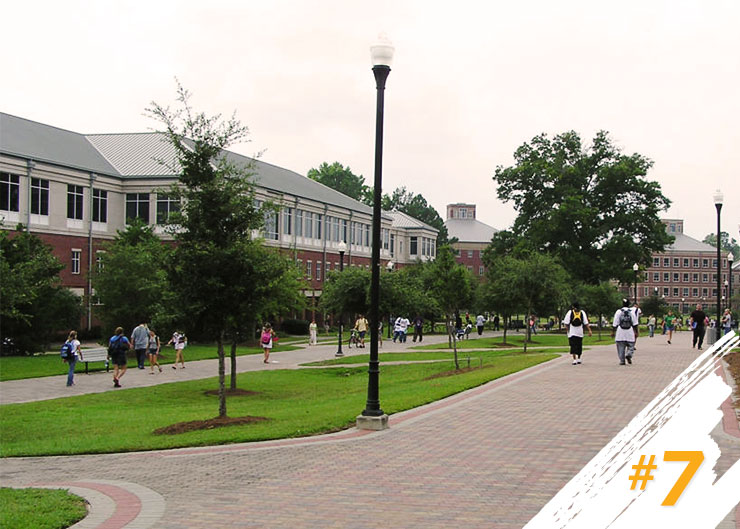 Spelman College is a historically Black liberal arts college for women. It was founded in 1881 as the Atlanta Baptist Female Seminary and became Spelman College in 1924. Spelman “empowers its students to engage cultures of the world and commit to positive social change through service.”20 Spelman also has a smaller student population, so you can expect cozier class sizes and more focused learning. 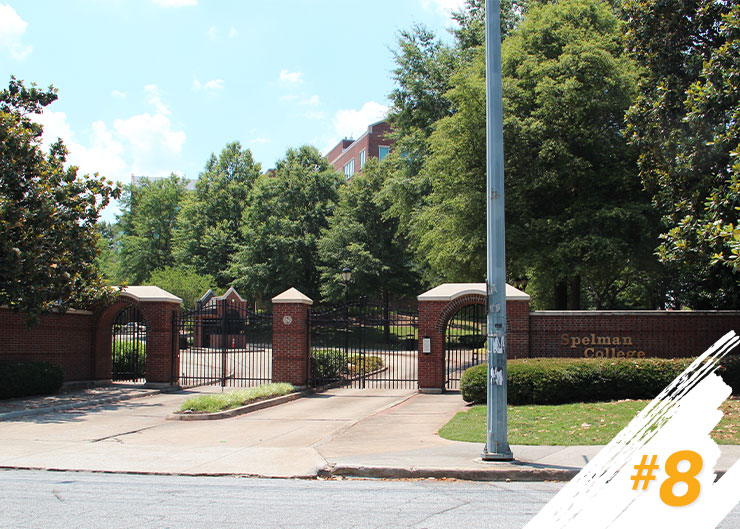 Morehouse College is a historically Black, all-men’s college. Morehouse encourages its students to “lead lives of consequence.”22 It was ranked #1 for best liberal arts college or university in Georgia and as the #1 producer of Black men who go on to earn doctorates.23 Morehouse is a smaller campus with fewer than 3,000 students, so if you’re a young man in search of a tight-knit community, this school is one to think about. 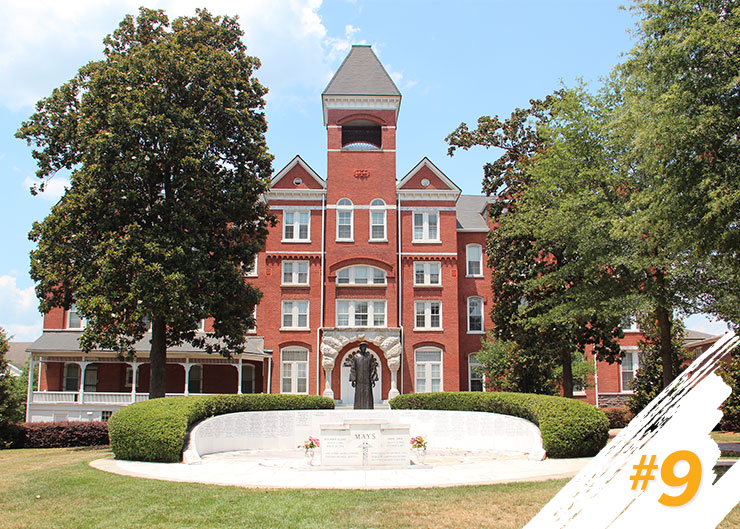 Kennesaw State University is  the third-largest university in Georgia, with two campuses north of the Atlanta area—one in Kennesaw and the other in Marietta. And it’s a Carnegie-designated doctoral research institution, making it part of a small number of U.S. colleges with this status (only 6% of schools in the country have this ranking).26 Kennesaw State also ranks among the top 75 best undergraduate engineering programs and has the best cybersecurity online degree program in the nation.27 This school is a great option if you’re interested in computer science, security and technical programs like engineering. 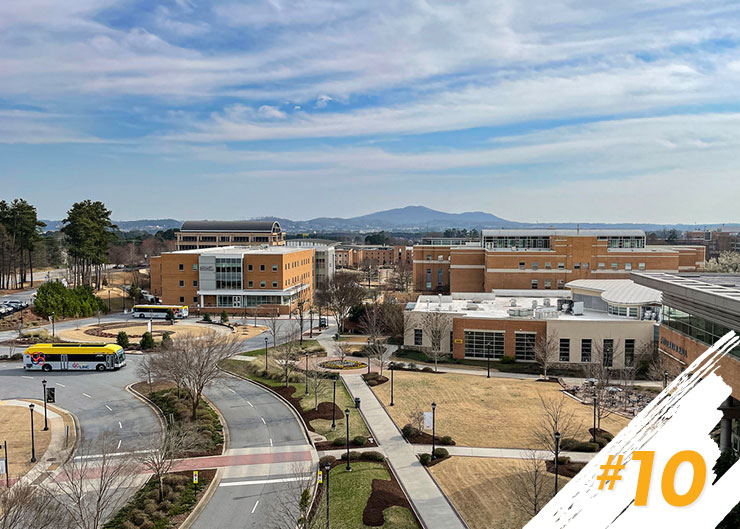 Go to College in Georgia Debt-Free

Getting ready for your college adventure is an exciting time. I know it’s hard work to research the schools you want to attend, learn more about financial aid, and get ready for a brand-new start, but I want you to enjoy every minute of this process and set yourself up for success.

Remember, you should explore any and every opportunity to attend college debt-free, including applying for schools you can afford and getting tuition covered with scholarships and grants. For more information on going to college without taking on student loans, read our step-by-step guide, Debt-Free Degree. You can go to college without debt, and this book will show you how!

Kristina Ellis is a bestselling author who believes no student should be burdened by loans. Drawing from her experience of earning over $500K in college scholarships, Kristina helps thousands of students graduate debt-free through her syndicated columns, podcast appearances, online courses and books. She’s a co-host of The Ramsey Show, the second-largest talk show in America, which reaches 18 million weekly listeners, and she appeared in the award-winning documentary Borrowed Future. Kristina has appeared on NBC News, Business Insider, Fox & Friends, USA Today and Yahoo!, where she’s shared practical, real-world strategies for going to college without debt. Learn More.