When I was in college, I had a mentor named Jana. Jana is an amazing example of a powerhouse Christian leader that I still admire to this day. She was relentlessly grace-filled with my crazy and immature college self, and she was unwaveringly patient when I asked one dumb question after another about walking with God.

In all of our years of mentorship and friendship, she taught me about so many things that shaped who I am even today. But there’s one occasion, and literally only one that I can think of, where I actually taught her something.

I remember it vividly, I think because I was so amazed that I actually had something to contribute to our relationship for once!

One day, we were sitting on her couch talking when she began to tell me how stressed she was. Her marriage was feeling the strain of her many commitments, her kids didn’t understand when her plans would change, and she was tense because she couldn’t seem to pinpoint what the problem was. All of the things she was involved in were good things—great things even! And she didn’t necessarily have too many things going on at the time. So what was the problem?

Your mental health matters. Order Own Your Past, Change Your Future today!

In a spark of unusual wisdom in that moment, I told her what I thought it was based on what I’d observed in our friendship.

I took out a piece of paper, drew two horizontal parallel lines, and divided them into boxes. In each box I wrote a commitment of hers as an example. I said, “Jana, your life looks like this.” And I showed her the page. “With all things created equal.” 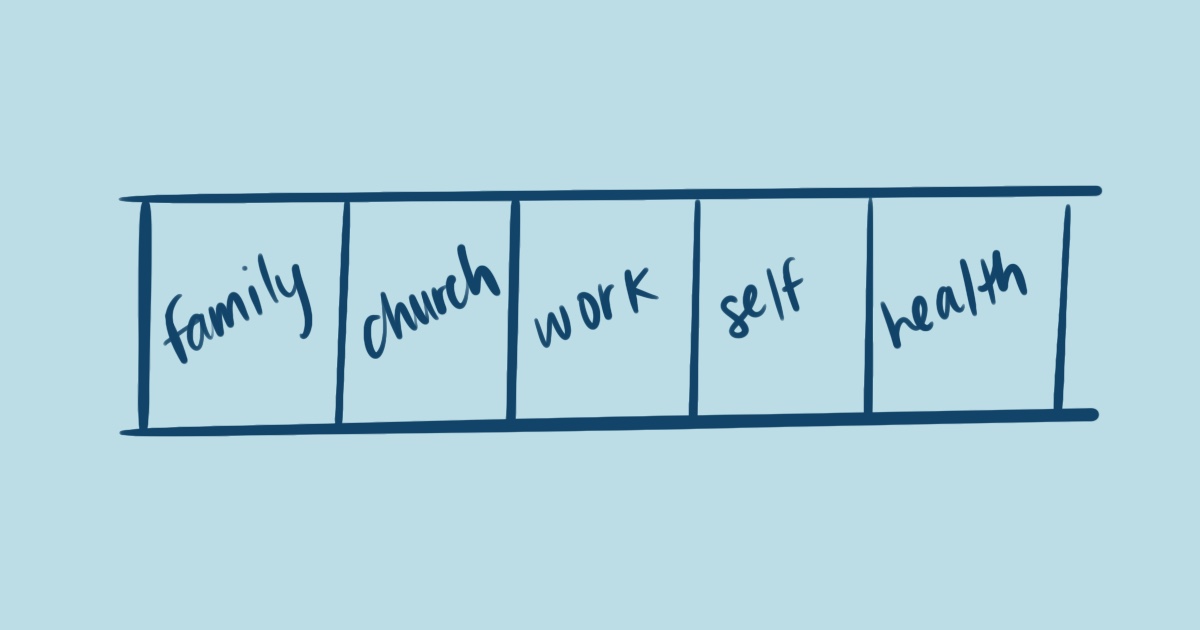 I continued, “Most other people’s lives look like this:” and I took the paper back and drew a pyramid with horizontal lines across it. Then I wrote the same commitments in the boxes. 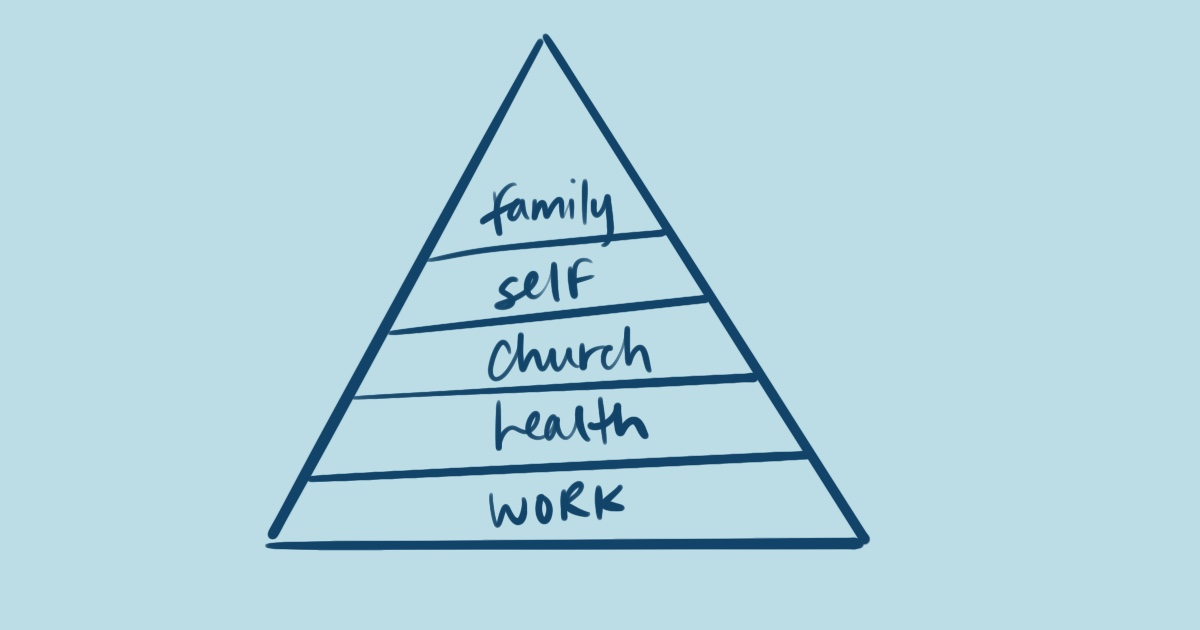 I said, “I feel like you’re stressed because you treat everything in your life as equal. When two things compete, you feel strained because you don’t know what to do. When two things compete in my life, I know what comes first because those things have a hierarchy of importance and priority in my life. For example, if I call you to have lunch on your husband’s birthday, you panic. (That actually happened.) But your husband’s birthday should be more important than me. If you called me to have lunch on my mom’s birthday, I wouldn’t even have to think about it. I would tell you no thanks because my mom is the priority.”

She got it. (And I think we were both amazed that a 19-year old could think of something that simple but smart!) She told me later that she shared that piece of paper and what I said with her husband, and he shouted, “That’s it! That’s the problem!” That night, they decided to take all of their many commitments and prioritize them on paper, on purpose.

I know that we all have a lot going on. We all have a lot of good things, great things, even important things going on. But if we don’t prioritize our commitments, we’re going to be strained, strapped and stressed. Knowing your priorities reduces stress, guilt and worry while increasing your confidence and speeding up your decision-making! You don’t need to just know what’s important in your life. You need to know what’s the most important in your life.

That may have been one bright and shining moment when I was 19, but it obviously stuck with me. Because if anyone ever asks me to lunch, or anything else for that matter, I know how to answer.

I want to encourage you to draw your own pyramid. Sit down with your family, talk about each of your individual values and priorities, and fill your commitments into a pyramid in order of importance with the most important at the top. Then the next time two important things compete, you won’t experience that mental angst when you’re pulled in multiple directions, because you truly put the first things first.

What about you? Do you feel stressed when several things in your life compete?