Kentucky natives Jon and Dorothy were six figures in debt and hadn’t saved one red cent for retirement when they heard about a new class available at their church, Asbury United Methodist in Madison, Ala.

The class was Financial Peace University.

“We went through FPU and realized why we were living paycheck to paycheck,” Dorothy said. “I remember the first class, and the people in the video gave testimony of paying off $5,000 and saving $3,000. I just couldn’t believe they could really do that. I was a little leery that this would work, but we went to all the classes and immediately started living on a budget. We were all in.”

The first time Jon and Dorothy sat down and added up all their debt, they were shocked.

“We were both just sick,” Dorothy said. “We realized that we needed to wake up and take care of the debt.”

Jon and Dorothy were $115,000 in debt, not including their mortgage. Jon had just retired from the military when they joined FPU, and the change in income was the jolt the couple needed to get serious about finances.

Market chaos, inflation, your future—work with a pro to navigate this stuff.

“Prior to FPU, we never really talked about finances,” Jon said. “We just thought we were doing OK because we were able to make all the payments. We were ‘normal.’” 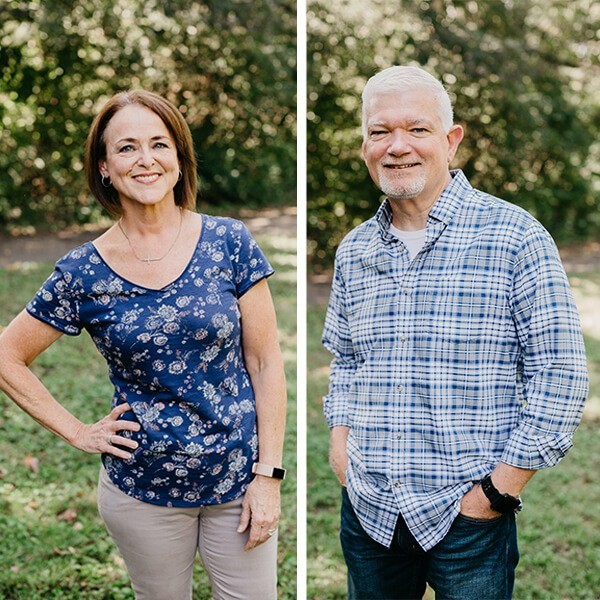 FPU taught them that despite having a healthy military retirement, undisciplined spending habits would have spiraled them even deeper into debt.

“The more we had, the more we spent,” Dorothy said. “We had a great military retirement, but we would have bought a new house, new cars, or new furniture had we not taken FPU.”

With no savings other than Jon’s military retirement and two kids heading to college, the couple immediately got to work on the Baby Steps.

The first month, they created a family budget complete with cash envelopes. At the end of the month, they had money left over.

And Dorothy got angry.

“I was mad because of all the years we wasted,” she said. “I was mad because we had been married for 20 years, and had spent every dime we ever made. For the first time in two decades we had paid attention to our income, and the result was we had money left over.

“Had we known about FPU earlier, and worked the Baby Steps sooner, our financial situation would have been so much different,” she said.

It took 24 months, but the couple cleared all their debt.

During that time, they also began coordinating FPU classes at their church.

That was 14 years ago, and they haven’t stopped sharing the message since. In 2013, Dave presented them the Outstanding Coordinator award.

“We knew then that we needed to share FPU with others because it really works,” Jon said

To pay off the debt as fast as they could, Jon worked as a defense contractor so they could send his military retirement income straight to their debt snowball. While they had a decent income to slay their debt, they still had to make sacrifices. They cash-flowed their daughter’s college while paying down debt at the same time.

“That was a huge accomplishment,” they said. “It was hard to pay for college while paying off our debt, but we did it. Our daughter also worked three jobs and graduated without debt with a master’s degree.”

“All we did was follow the Baby Steps as they’re outlined in FPU,” Jon said. “We were all in.”

With the weight of debt lifted, Jon and Dorothy were finally able to begin investing for the future.

A future—unknown to them at the time—that would offer fulfilled dreams and unspeakable tragedy.

As soon as Jon and Dorothy were out of debt, they began investing 15% of their annual income into retirement. Now, 12 years later, they weighed their options for early retirement.

They consulted their financial advisor to determine if they could pull the trigger. When they got the nod they needed, they sold their house and bought an RV.

“Jon had always talked about retiring early,” Dorothy said. “We’d always see RVs on the road and think, ‘We’d love to do that someday.’ It became clear that because we started saving 15% of our annual income over 12 years ago, we now had options and opportunities in this phase of our lives.” 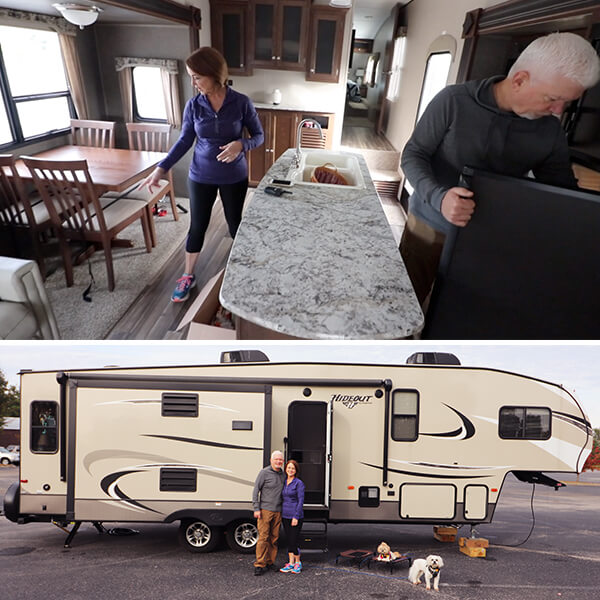 The couple’s decision to retire this year was prompted by how much money they had saved,and the reality that life doesn’t last forever.

Two years ago, Jon and Dorothy unexpectedly lost their 31-year-old son Daniel from complications of pneumonia. Daniel contracted sepsis and was in ICU for 11 days before he passed away.

“Going through this financial journey together we not only learned to communicate better as a couple, but it also made us a stronger unified couple, which I truly believe helped us in dealing with our grief,” Dorothy said. “I hate to see where we would be today if we hadn’t done this.”

“None of us is guaranteed tomorrow,” she said. “Daniel would want us to do this. He would be so proud of us. It’s been hard, no doubt. When I find pictures of him, I think how much I wish he were here to experience this with us. I know that no one is guaranteed tomorrow. That’s why we’re not going to wait,” Dorothy said.

Traveling the nation in an RV was part of their retirement dream before they knew it could be a reality.

Fifteen years ago, Dorothy created a vision book that included her goals in retirement: to become debt free and travel America in an RV.

The vision book resurfaced this year when Dorothy was cleaning out her house to put it on the market.

“After all these years, I found that vision book and it was even more real that this is what we should do,” she said. “I want people to dream. No dream is too small. We had a dream 15 years ago that’s coming true now. I don’t want people to lose sight of that dream no matter what. It can happen. Twenty years ago, we couldn’t have done this. We were in financial trouble. Now today, we are able to pay cash for our dream. It’s possible.”

The couple has already mapped out their journey all the way through Easter, but the top priority is to take some time to heal.

“We want to take time to grieve the loss of Daniel,” she said. “He’ll be with us, I know. I look forward to the sunsets, and most of all the quietness to remember our son.”

It’s never too late to be the hero of your own financial story.

“I’d encourage people to determine what they want their retirement to look like,” Dorothy said. 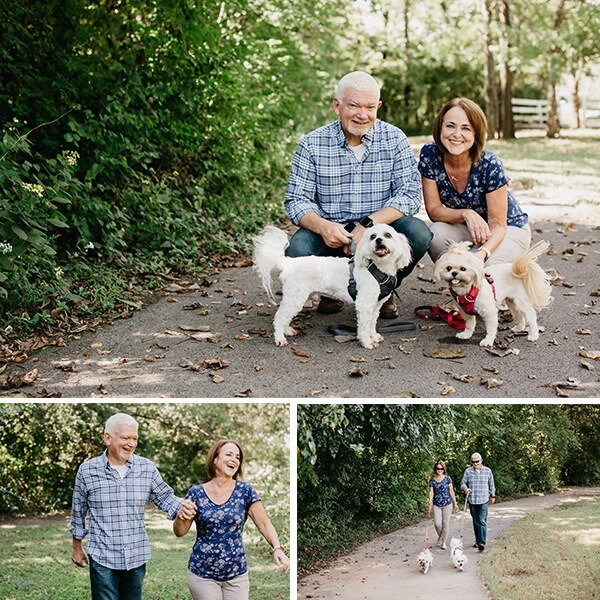 “It’s never too late to start saving for retirement. Set yourself up for options. Do you want to go on the mission field? Do you want to travel? Do you want to volunteer or help with adoptions? Have a dream and do everything to work toward that dream. Everyone’s retirement looks different. Ours just looks like travel.”

When planning for retirement, you don't have to go it alone. Contact a financial advisor — like Jon and Dorothy did — who can help you build out your retirement dream.

In 14 years, Jon and Dorothy completely transformed their financial legacy. They followed the Baby Steps outlined in Dave Ramsey’s Financial Peace University. This resource has helped millions of Americans just like Jon and Dorothy get out of debt and save for retirement. We invite you to begin your personal journey to peace today.