How the Burkharts Broke Free From Their Student Loan Debt

Josh and Lindsey Burkhart met and married in college. But after graduating two years later, they found themselves chained to an anchor of student loan debt. And by the time Josh’s employer introduced them to SmartDollar, they had racked up nearly $122,000 in total debt!

Believe it or not, their situation is pretty typical for young couples like them. On the one hand, they were newlyweds fresh out of college and ready to take on life together. But on the other, they were deep in debt and just starting to see how it was stealing their future. 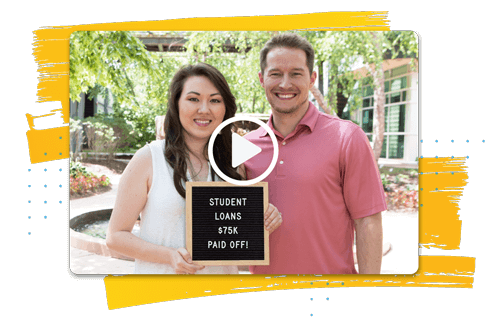 “Just as money came in, it went out,” Josh recalls of the early days of their marriage. “And before I realized it, we were spending as much as our rent in food every month!”

So, when Josh was offered SmartDollar at work, he and his wife buckled down and got serious about how they handled their money. In just a few short months working the plan, they became budgeting pros, saved up a starter emergency fund, and attacked their student loans and consumer debt with a vengeance.

They went from living paycheck to paycheck with about $75,000 in student loans to getting serious about their money and freeing themselves from their suffocating debt. Thanks to their employer offering SmartDollar, the Burkharts had the opportunity to learn how to take control of their money, cut themselves free from their student loan debt anchor, and save for the future.

All you need to do is start the conversation with SmartDollar today to learn more about how you can lay the foundation for stories just like the Burkharts in your own team. Remember, your employees have some great ideas and dreams! And you can help make their dreams a reality through real financial wellness.

Start the Conversation With SmartDollar